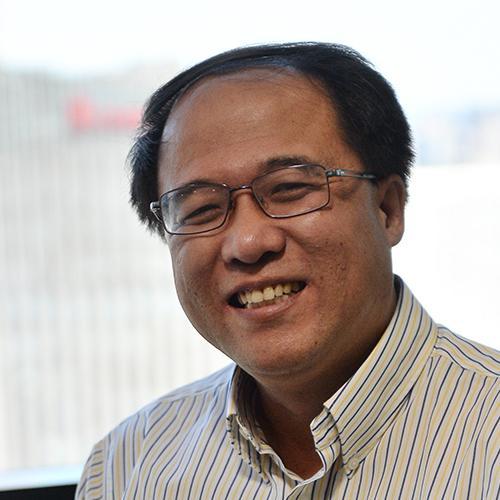 Xiao-gang Wen is a Cecil and Ida Green Professor of Physics at the Massachusetts Institute of Technology. His expertise is in condensed matter theory of strongly correlated electronic systems. He is the author of a book in advanced quantum many-body theory entitled, Quantum Field Theory of Many-body Systems: From the Origin of Sound to an Origin of Light and Electrons (Oxford University Press, 2004).

Wen introduced the notion of topological order (1989) and symmetry protected topological order (2008), to describe a new class of quantum matter beyond Landau symmetry breaking theory. He discovered Z2 spin liquid -- the simplest example of topological order (1991), as well as non-abelian statistics (1991) in a class of 2+1D topologically ordered wave functions.  He developed the string-net theory of the topological order (2005), which lead to the emergence of gauge bosons and fermions [or anyons in (2+1)D] from the states formed by purely bosonic qubits. The string-net theory provides a way to understand and unify gauge interactions and Fermi statistics, and leads to a new type of unified theories: using quantum information (qubits) to unify all elementary particles. Wen also found that, as a new type of order, topological order (or long-range entanglement) requires a new mathematical frame work, such as higher category and group cohomology, to describe it. Using category theory, Wen have calculated the complete table of 2+1D topological phases of matter for both bosonic and fermionic systems with or without symmetry.