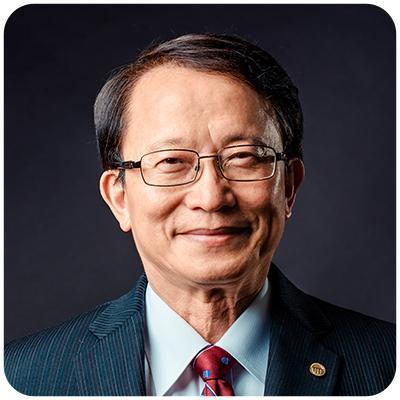 Dr. Mau-Chung Frank Chang is the Distinguished Wintek Chair Professor of UCLA, Taiwan. He was the Chairman and Wintek Chair Professor of Electrical Engineering at UCLA (1997-2015). Before that, he was the Assistant Director of High Speed Electronics Laboratory of Rockwell Science Center (1983-1997), Thousand Oaks, California. In this tenure, he pioneered and transferred the Heterojunction Bipolar Transistor (HBT) integrated circuit technology from the research laboratory to production line (later became Skyworks). HBT productions have grown into multi-tens-billion dollars of industry and dominated the entire mobile phone power amplifier markets for the past 25 years (currently exceeding 10 billion-units/year and exceeding 50 billion units in the past decade).

Throughout his career, Dr. Chang’s research has been focused on research and development of high-speed semiconductor devices and integrated circuits for radio, radar and imaging System-on-Chip applications from microwave to Terahertz frequency regimes. He received numerous recognitions, including his memberships with IEEE Fellow, the US National Academy of Engineering (2008), Taiwan’s Academia Sinica (2012), and National Academy of Inventors (2015). In recognition of his accomplishment in high-speed electronics, IEEE (US) and IET (UK) have bestowed him with prestigious David Sarnoff Award (2006) and J.J. Thomson Medal for Achievement in Electronics (2017).